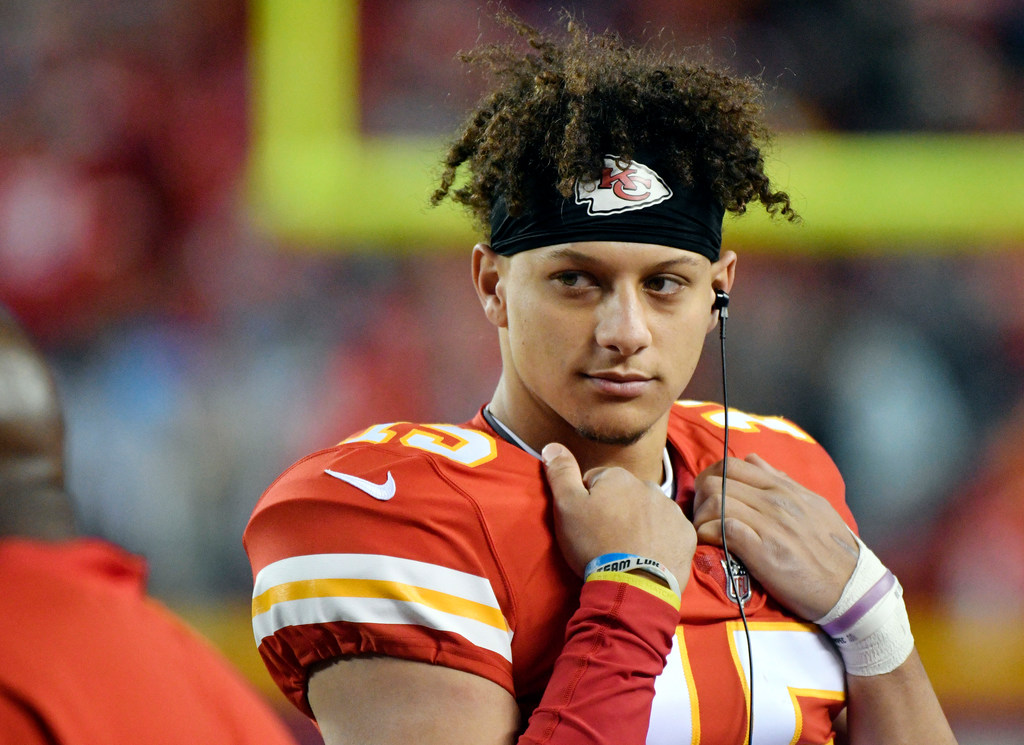 The NFL season is a little more than a month away. Many fantasy football drafts will be taking place in the next month, which means it’s time to start thinking about what sleepers to snag in the later rounds and which busts to avoid in the earlier rounds. I’m going to give one bust and one sleeper in each AFC division to help you get thinking about your upcoming draft. Hopefully members of my own fantasy leagues don’t read this, so they’re unable to gain the competitive edge. 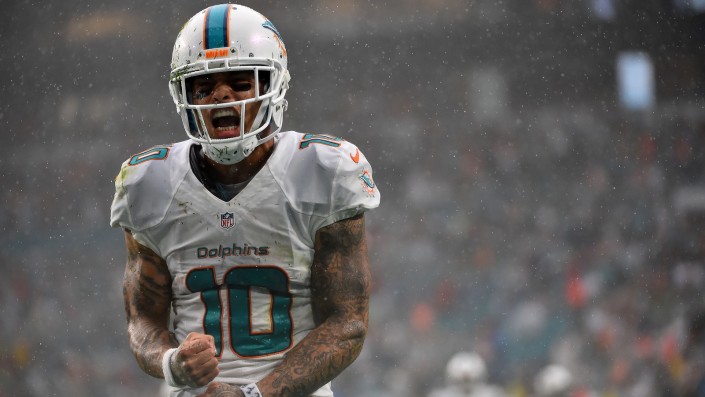 The Dolphins traded Jarvis Laundry this past off-season. Laundry was 4th in the NFL with 160 targets. Someone will have to absorb some of those targets. While the Dolphins brought in Albert Wilson from the Chiefs to help replace Laundry, I still think Kenny Stills will be the WR to own in Miami this year. Devante Parker has proved time and time again that he can’t stay healthy. Meanwhile, Stills showed some chemistry with Ryan Tannehill a few years ago in his 2nd season with the Dolphins. Another year with Tannehill, combined with the fact that the Dolphins will need someone to step up as their number one wideout, could mean a big year is in store for Stills.

This one hurts to write as a Patriots fans, but I’m not one to be biased. Edelman is a 32 year old WR headed into his 10th NFL season (kind of crazy to think he’s played for that long), coming off a torn ACL, and will be serving a 4 game suspension to start the season for using PEDs. Not only do you have to worry about a drop-off with his age, but you also have to worry about his PED bust impacting his play on the field. I’d much rather take Chris Hogan who is going at the beginning of the 6th round in many drafts compared to Julian who’s going in the mid-to late 7th round.

James Washington will be going into his rookie year for the Steelers. Washington won the award for the best WR in College Football last year… the man can play. His combine left a little to be desired but if the Steelers have proved anything over the last several years, they know how to draft wideouts. How about the list of the guys they’ve taken… Antonio Brown, Mike Wallace, Emmanuel Sanders, Martavis Bryant, and Ju-Ju Smith Schuster. None of these aforementioned players were 1st round picks… and the same is true of Washington. If there’s a significant injury to Antonio Brown, Ju-Ju… or even Lev Bell, be ready to pounce on Washington on waivers…and I don’t mind taking a stab on him late in drafts as well. 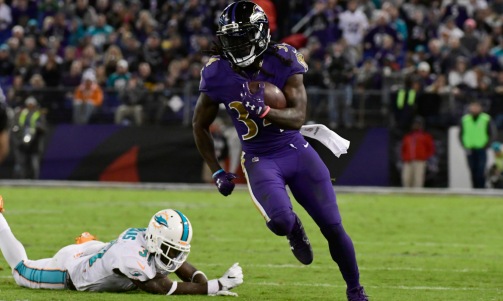 There’s no denying that Alex Collins had a very strong 2nd half of the season last year. The Ravens didn’t bring in any major backfield free agents or draft picks to compete with him for snaps this upcoming season. He’s backed up by Buck Allen and Kenneth Dixon. The red flags for me with Collins are his fumbling issues, shortcomings as a pass catcher, and the fact he’s always been replacement level talent until this past season. Collins had 4 fumbles in 16 games last year. That won’t fly again in 2018. He’s also not a strong pass catcher. In the end Collins stats are a little inflated by his first 3 games last year when he averaged 6 YPC, 9 YPC, and 9 YPC, as a rotational RB. Take those 3 games out and he only averaged over 4 YPC in 5 of his last 13 games. He’s never been the most explosive guy, going back to his days at Arkansas and I expect someone else (whether on the team or via FA/Trade) to be the most valuable Ravens RB by season end.

Patrick Mahomes is without question my favorite sleeper at QB. Alex Smith had led the Chiefs to the playoffs in 4 of his 5 seasons with the franchise… yet the team couldn’t had been more ready to move on from him. It’s all because of the potential greatness they see out of Mahomes. When I hear Louis Riddick (a man I consider to be the best NFL Analyst at ESPN) say of Mahomes, “I think he’s going to absolutely set the league on fire next year. I think Andy Reid is on to something down there in Kansas City”, I put a lot of stock into it. Mahomes has the arm, the swagger, the confidence of his franchise and weapons in Tyreek Hill, Sammi Watkins, Travis Kelce, and Kareem Hunt, to have a big year in KC and be a top 5 Fantasy QB. Mahomes is currently going around the 10th round. 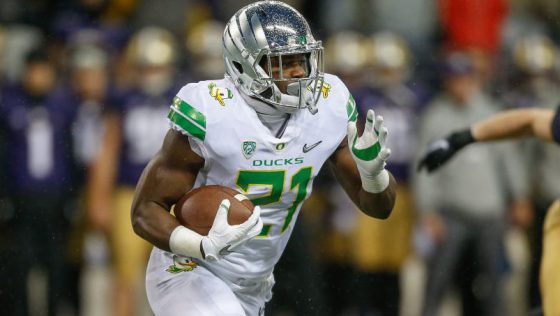 Every year in fantasy, there are a few backfields that are an absolute mess for fantasy owners. The Denver Broncos are headed in that direction. Right now Devontae Booker, Royce Freeman, De’Angelo Henderson, and Phillip Lindsay have all received first-team reps. Of course there’s glowing reports about each guy from beat writers around Denver. While 2 or 3 of them will probably pull away from the pack as the backs to draft/own, I have a feeling it will be tough to gauge which guy to start on a week-to-week basis. On top of that Denver had one of the worst offensive lines in the NFL least year. While they did add veteran LT Jared Veldheer to help stabilize their issues, how the unit will mesh is still a major question mark heading into the season. 3rd round rookie RB Royce Freeman is currently going around the mid 5th round in many drafts. I would definitely let someone else grab him and take a stab on Booker in the 11th or Henderson who goes undrafted, if drafting any of them. 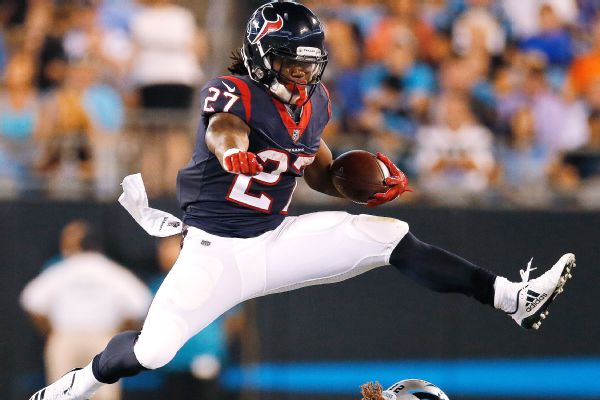 This is a risky prediction because there’s still an outside chance he could start the year on PUP due to his torn Achilles back in Week 11 of last year. If Foreman comes back healthy, I think he will take over the starting RB position from a mediocre Lamar Miller. Foreman was pushing Miller for touches before his season-ending injury last year. Miller is coming off a down season in which he averaged only 3.6 YPC. Anyone who watched the Texans last year saw that Foreman looked like the much more explosive player. Let’s not forget the Texans drafted Foreman in the 3rd round just 2 years ago as well. They clearly believe in his talent… as do I. I expect his average draft position which is around the 10th round to drop a little since he hasn’t taken the practice field yet. I for one will be targeting him in drafts.

Let me preface this by saying Dion Lewis was one of my favorite Patriots over the last few seasons. I think he can still be a very valuable member of the Titans offense, but he has never been the most durable RB. He’s currently going around the 6th round in drafts, which is far too early in my eyes. Lewis was used as a bellcow by the Pats towards the end of last season. While he did a phenomenal job, I’m worried that it may catch up to him this season and injuries may occur again. I am also a huge believer in Derrick Henry and I think it’ll be difficult for the Titans to keep him off the field.

Be on the lookout for my NFC sleepers and busts preview in the next few weeks!