Will the Jets lose out on another coach to the Patriots and be haunted by it for years? 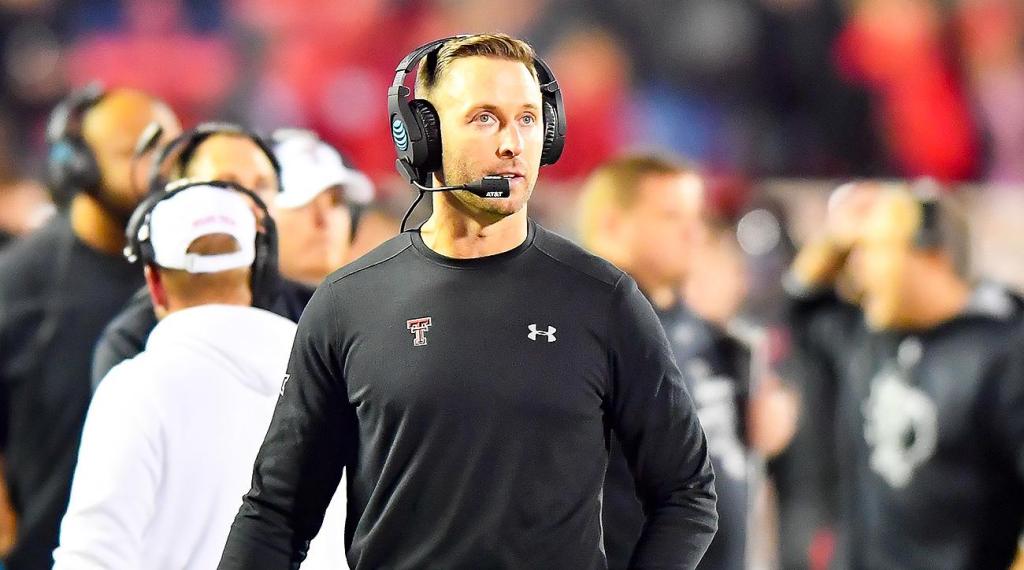 For those of you who don’t know who Kliff Kingsbury is, let me introduce you to him. Kingsbury, 39 years of age, was most recently the head coach at Texas Tech finishing with a record of 35-40 and winning 1 bowl game during the last 5 years at the helm. His tenure with Tech was a mediocre stint at best. Before coaching at Texas Tech, Kingsbury had spent time as an offensive coordinator for Texas A&M and an offensive assistant for Houston.

While his numbers as a head coach may not impress, he’s always been known to be what some people consider “a QB whisperer.” It began in his time at Houston when he was given large responsibility for the success of Case Keenum. Keenum finished his career with multiple NCAA records and would go on to be drafted and start in the NFL.

In his time as OC at Texas A&M, Kingsbury would go on to coach up the 2012 Heisman Trophy winner and Browns first round pick, Johnny Manziel. Kingsbury won the College Football award for best OC in the country that year.

He then became the first coach in NCAA history at a BCS school, to start a true freshman walk-on QB. The name of that quarterback at Texas Tech… Baker Mayfield. Baker would go on to win Big 12 Freshman Offensive Player of the Year in 2013. He would then transfer due to miscommunication with the coaching staff after the season ended. Shortly after, Mayfield would go on to win the Heisman and become a #1 overall draft pick in the NFL.

Kingsbury had his next QB lined up for the Raiders of Texas Tech, this time a fella named Patrick Mahomes. Mahomes would play 3 seasons under Kingsbury and win College QB of the year after his junior season. Mahomes is now an MVP candidate with the Chiefs and was the 10th overall pick back in 2017.

Kingsbury was not retained by Texas Tech after this past season and recently accepted an OC position with USC. So why could the future of the Jets and Pats come down to Kingsbury? Both teams are interested in hiring him for a coaching position. The Jets are trying to get him in for an interview for their vacant head coach position. The Patriots are rumored to be interested in his services as a replacement for Josh McDaniels, since McDaniels may finally leave New England for a head coach opportunity.

Now I’m not saying I think Kingsbury will or won’t have success as an NFL coach, but there’s no denying the success he’s had in developing great QBs over the last several years. He’s also young and innovative on offense, which seems to be the new flavor in hiring coaches around the league (see Sean McVay and Matt Nagy). Finally, he’s been in the NFL before, as he was drafted by the Patriots back in 2003. The Patriots won their second Super Bowl that year.

It’s easy to see why the Jets could have interest in him considering they have a young team with a young promising QB in Sam Darnold. The thought of Darnold developing under the young innovative Kingsbury, similar to Jared Goff under McVay and Mitch Tribusky under Matt Nagy, has to be compelling.

On the other hand, Kingsbury was largely considered a disappointment at Texas Tech with his 35-40 record and a losing record in the Big 12. Now you’re telling me the Jets are interested in hiring him as their head coach when he’s never coached in the NFL… that sounds like a recipe for disaster.

The bigger picture is that he’s now being linked to the Patriots and it’s already starting to get into Jets fans heads. Long time Jets reporter Manish Mehta sent out a tweet last night that many Jets fans probably can’t get out of their minds, as rumors about Kliff swirl…

.@ProFootballTalk said to keep an eye on Kliff Kingsbury to Patriots (OC) if Josh McDaniels leaves.

Or they will regret it for a very long time pic.twitter.com/x07RkP8IJo

As NFL Insider, Mike Florio reported on Sunday, the NFL is “hot” for Kingsbury. It’s clear that if he leaves USC, he’s going to get a job as an HC or OC in the NFL. Should he leave and get the chance to be the head coach of the Jets, he could be the next young guru in the league, while turning Sam Darnold into an elite QB. But he could also prove to be “out of his league” and simply a poor coaching choice for a desperate team.

However, he could get a chance to work with Tom Brady for a few years, if he were to become the Pats OC. He’d also have the opportunity to develop Brady’s replacement, which I won’t lie, gets me a little excited as a fan of the team.

Kingsbury is a very interesting name to keep an eye on during the next few weeks, as he has a chance to be a major factor in the Pats and Jets future. Jets fans have already seen the misery Bill Belichick has caused them over the past 20 years. We all know the story there by now. Will the Jets organization get too aggressive, to be sure they don’t lose Kingsbury to the Pats? I’ll be keeping tabs on this situation very closely the next few weeks…and maybe few years.