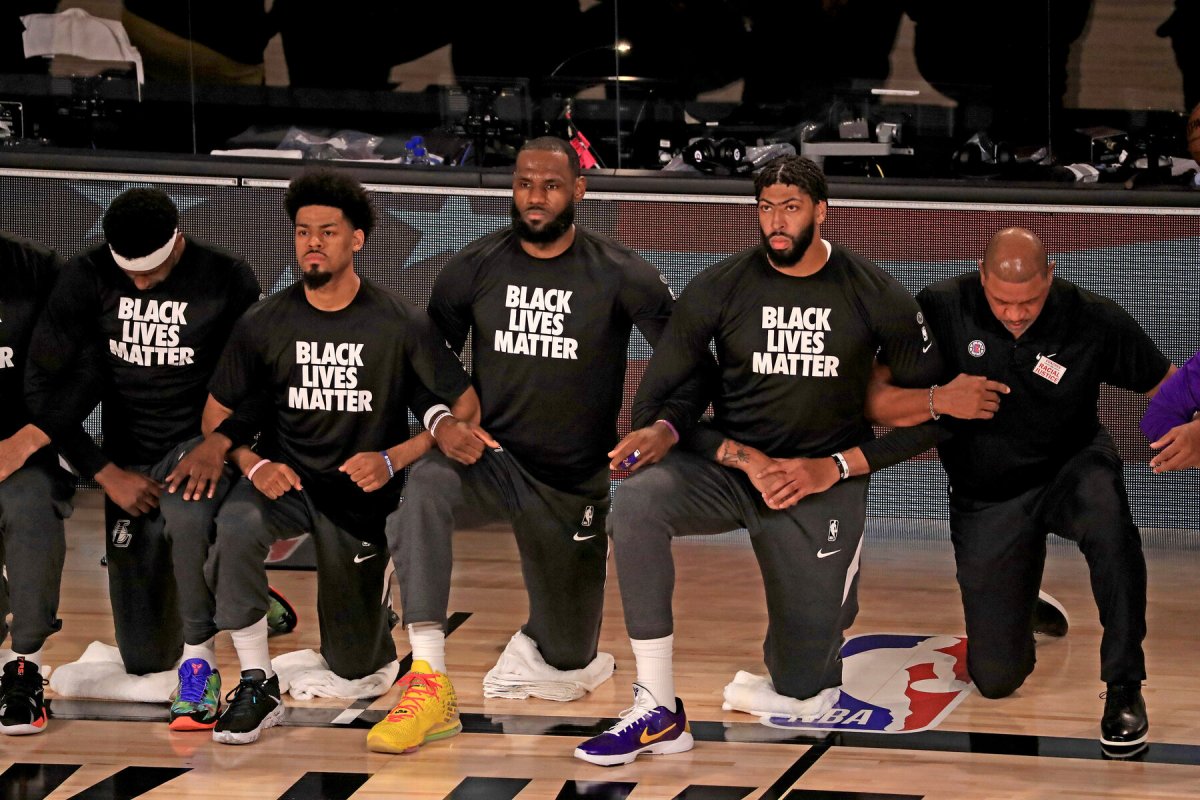 The NBA season finally ended last night, October 11th. For some perspective on how crazy that is, I wrote an NBA season preview blog last October 16th, 2019. I had to go back and look at some of my predictions. Like anyone I had some good takes… and horrible ones. I had the Lakers winning it all, but beating the 76ers (Yikes).

But this isn’t a post analyzing play on the court this past season or what each team has to do to improve this off-season. Instead, I wanted to reflect on the absolute roller coaster of emotions this season gave us. I highly doubt we’ll ever see a season like we just did.

Leading up to January, it was what we all expected. Incredible basketball out of legends like LeBron James, and Kawhi Leonard. Rising stars somehow getting even better in Giannis and Luka Doncic. It was the great game we all love watching year in and year out.

That all changed back on January 26th. Like most of us, I don’t think I’ll ever forget where I was when I found out Kobe Bryant had died in a helicopter crash. I’m not sure I’ve ever seen a death hit the sports world as hard as Kobe’s did. It was amazing to see how many people’s lives he touched. Teams honoring Kobe by taking 24 second violations and 8 second violations in games that followed the next few nights was such an awesome tribute to witness. People were even doing this in NBA 2k… a video game!

Kobe’s death had already made this past season one we’d never be able to forget.

I remember thinking back to myself on a night in early March “I don’t know what the hell I would do without sports in my life.” I was flipping back and forth between a golf tournament, Michigan St. vs. Ohio St college basketball game and a Lakers vs. Clippers game that day. Never in my wildest dreams could I had imagined I would have to learn how to cope without sports starting just a few days later.

Rudy Gobert became the first player in the NBA to test positive for COVID. He became the poster boy for not only the NBA, but the entire sports world when it came to COVID. It all went back to him mocking the virus just a few days before he tested positive and everything went off the rails…

The season was suspended indefinitely on Wednesday March 11th for at least 30 days. 30 days then turned into 2 months, 2 months turned into almost 3 months and as fans we were left sitting there asking ourselves, “are we going to be able to crown an NBA Champion this year?” I remember being a little frustrated thinking golf is back, NASCAR is back, UFC is back, NHL is talking about plans of a bubble… what the hell is holding up the NBA? Finally, in early June the NBA announced they’d be going to Disney in Orlando to finish the season.

I was very excited at the idea of the league coming up with a plan to get the season restarted and crown an eventual champion. I won’t lie though, I had my doubts. Is this really going to ensure nobody catches the virus? Does a “bubble” really work? Are guys going to test positive and then they’re going to have to cancel the bubble?

Well I was DEAD wrong for having these doubts. The bubble was a major success. Not a single positive test for any player, coach, staff member, etc while in Orlando. As basketball fans, we got to sit back on our couches and for a couple hours a day, forget (or at least try to forget) the deadly virus that’s impacting the entire world. Seeing some of the issues that the MLB went through and the NFL is now facing, really helps put this all in perspective. We didn’t have to worry about “what if LeBron gets COVID in the playoffs… What if Damian Lillard gets it while he’s trying to lead the Blazers into the last playoff spot.” Everyone was on a level playing field… something I’m not sure we can say about the MLB and definitely not the NFL right now.  A major THANK YOU is owed to the people in Orlando who helped make the bubble possible.

While we were able to somewhat forget what was going on in terms of the virus while watching the NBA Bubble, the same could not be said for the social injustice black men and women continue to face everyday. There was doubt the re-start would even happen after the police killing of George Floyd. Players were debating not coming to Orlando, to instead continue to fight racial injustice. I sit here writing this as a privileged white male, but I hope LeBron, Jaylen Brown, George Hill, and all the players helped make people proud about the Black Lives Matter movement. To me, it’s evident how much these players want to use their platform to try and draw more attention to this very important issue surrounding our country. #BlackLivesMatter!!!

An NBA legend died in a tragic accident. A deadly virus interrupted the season for over 4 months. Social injustice had a huge impact on the season prior to the re-start and throughout the bubble. If even one of these things had impacted the past season, I think we’d be sitting here today thinking, “that was one of the craziest seasons emotionally in a long time.” This past season had all three. While I couldn’t be more proud to be the die-hard NBA fan I am after all the ups-and-downs this year, here’s to hoping we never have to go through a season like this again